Here you'll find a listing of all my appearances in the media. General images can be found in the Gallery section.


I wrote my story for this local (Karlsruhe) magazine in English (PDF). The German article can be read here. 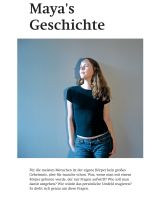 
Chile's TVN TV network broadcast this episode of a documentary called 'La Cultura del Sexo' (The culture of sexuality), featuring an interview with me on location in Berlin.


German broadcaster Deutsche Welle published this article on intersex worldwide, as well as a radio show, both featuring my story.

Click here for the article on the Deutsche Welle site.


USA magazine Vice published this article on the German decision to introduce the 'undetermined gender' option including an interview with me.

Click here for the article on the Vice site.


Dutch talk show Pauw & Witteman interviewed me on my story, both the personal and medical sides. Use the closed-captioning button to enable English subtitles.

See here for the original Dutch article and video: Maya Posch over interseksualiteit (1-11-2013).


UK's Channel 4 interviewed me for Channel 4 News for my opinion and thoughts on Germany's decision to introduce an 'indeterminate gender'.

See here for the original article and video: 'Doctors still do not acknowledge that I'm intersex'.


Dutch magazine Viva published this article summarizing my story, including the personal and legal sides. 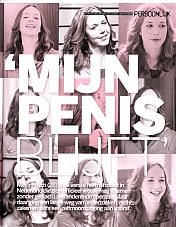 
Newspaper NRC Handelsblad published this article summarizing my story, the legal recognition as a hermaphrodite/woman, and me suing the VUmc hospital.

Click the thumbnail for the original Dutch article. The English translation. 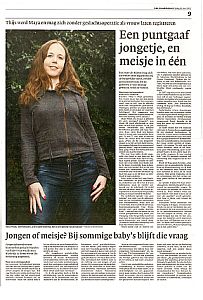 
I appeared on BNN's TV show Spuiten en Slikken. See the video on that link as well.


I appeared on TV show Koffietijd. The video of the entire show can be watched here in the original Dutch version only.


Newspaper AD published this article summarizing my story, the legal recognition as a hermaphrodite/woman the week before, as well as my plans to sue the hospitals and my hopes for the future.

Click the thumbnail for the original Dutch article. The English translation follows. 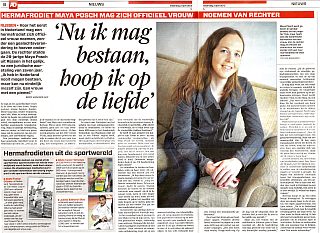 
On Monday, March 2nd 2012 Dutch TV channel SBS6 did a feature on my recent legal recognition in the Netherlands as a hermaphrodite and approval to have my official gender changed to 'female'. My personal injuries lawyer, Yme Drost, is also featured in this video.

I have added English subtitles. Use the 'cc' button if it isn't enabled yet.

The original video and article can be found here. 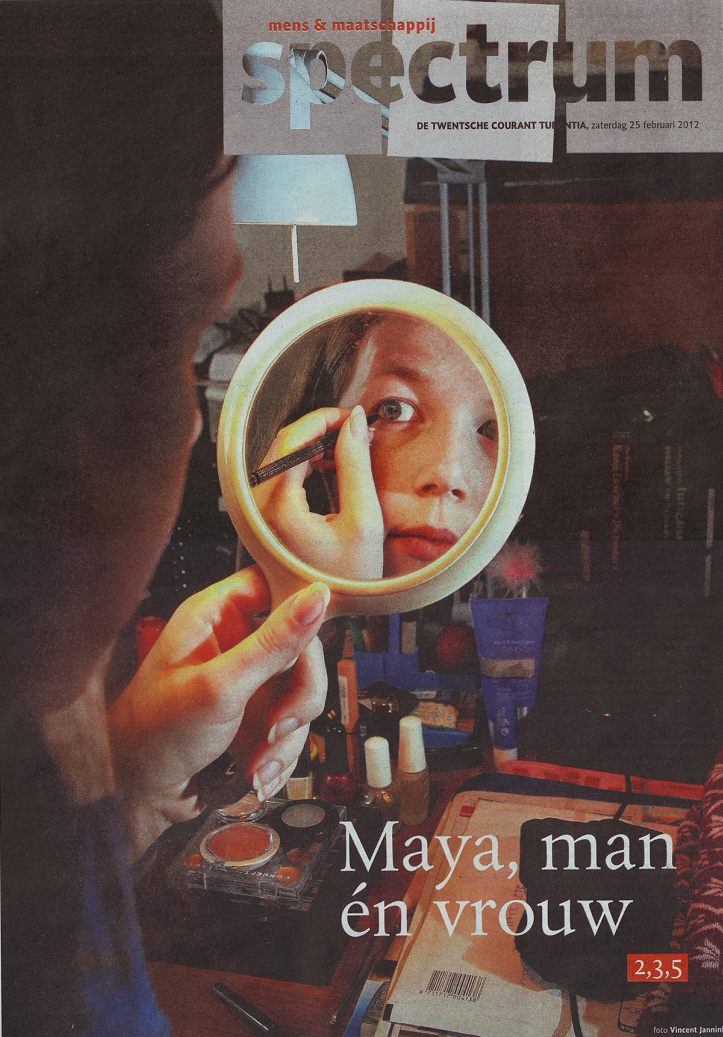 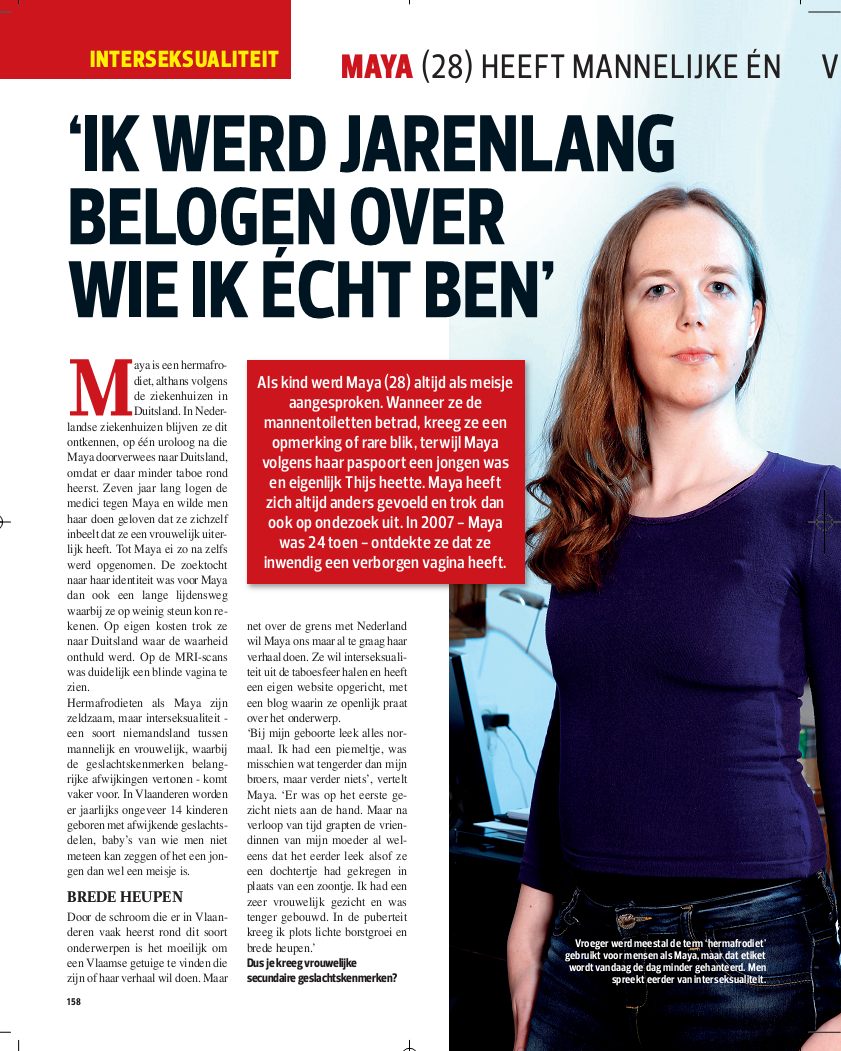 2010
Appearance on BNN TV show Je zal het maar zijn
Appearance in Dutch TV show. I edited the original video to include only the parts with me and added English subtitles:


Article in the Dutch magazine Yes, number 29:
Unfortunately I only got some low-resolution scans from the journalist and have received no copy of the magazine itself, so I can't show the article here. My apologies for this.
Article in the Dutch national newspaper 'De Telegraaf', specifically the magazine 'Vrouw':
Original Dutch version, page 1, page 2, page 3.
English translation, single PDF file: click here to download.
2009
Second appearance on Omroep Flevoland in the documentary program 'Vrije Vogels', a program on interesting people.


Appearance on Business News Radio (BNR) on 2009/09/25 in the program 'BNR in Business'. I added some images to the audio for your pleasure with subtitles thrown in as well :)

Edited version of the Flevoland video at Yahoo News in Italy: http://it.video.yahoo.com/watch/3881256/10577309
2007
Full-page article in national Dutch newspaper 'Noord-Hollands Dagblad'. I'll scan it in once I can figure out how to do this on an A4 scanner :P